Although your wedding is only one night, a guest book can make the memories from your special day last forever. With years of experience being a top-rated, luxury Nevada and Colorado wedding planner, I have seen my fair share of guest book styles. Whether you like the idea of a traditional book, or want to try an out-of-the-box idea, here are some unique guest book ideas that we have used over the years! 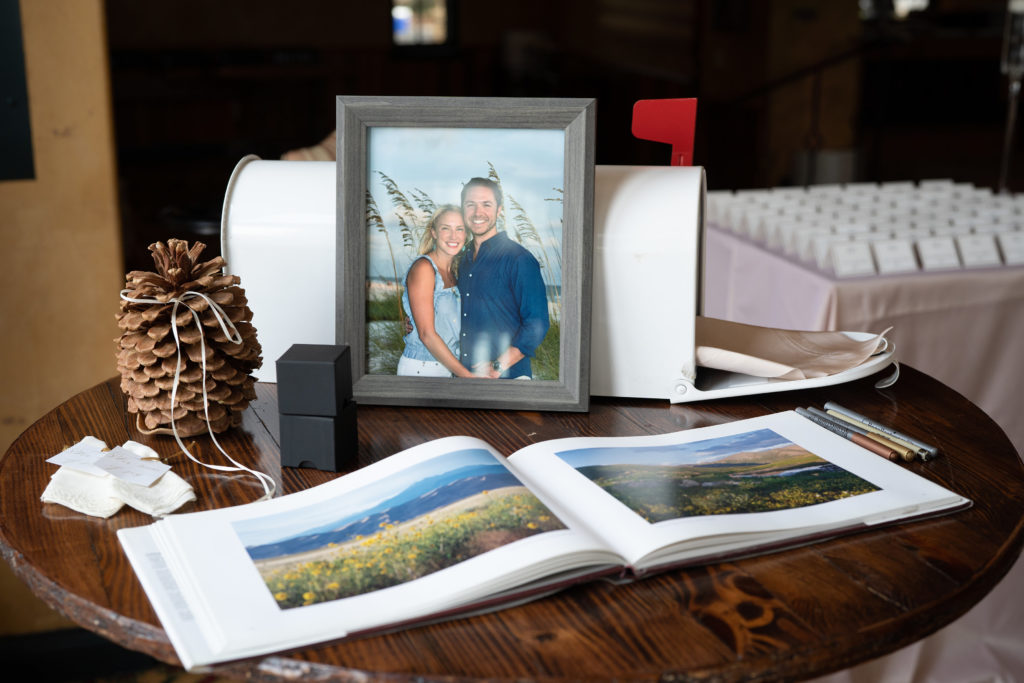 Since Vail, Colorado is a popular destination for weddings, oftentimes the guest book will be a Colorado book with breathtaking scenic pictures instead of a traditional guest book.

Once, the bride and groom made their own guest book with professional pictures taken from their engagement photo shoot. This allowed guests to look at beautiful pictures of the two of them together while celebrating their marriage!

Another fun idea we have used was using postcards instead of a traditional guest book. We tucked postcards inside of the napkins along with the menus at the reception for each guest. The tables for this wedding were each ski resorts because the bride was a competitive skier, so the postcards were from gorgeous ski areas as well. Pens were placed on the table and guests could write their message to the bride and groom throughout the night at their leisure. On the way out, there was a white mailbox that they would place the postcards in for the bride and groom to read.

5. Letters To The Bride And Groom

An interesting idea for a guest book was that each guest would write a little letter or postcard to the bride and groom saying something that they would want the newlyweds to read in one year’s time (once again to be placed in a mailbox as the guests left). The bride and groom did not open or read the letters until their one year anniversary when they read all the messages from their guests while sipping on a bottle of wine that they saved, also from the day they got married.

A final unique variation on a guestbook was using large beads and a string. Each guest would write a message on a bead and at the end of the night, the kids strung the beads onto string. This made a beautiful string of beads that the couple used to decorate their Christmas tree each year. That way, they could relive their fairy-tale wedding day every year during the holidays while in the Christmas spirit! 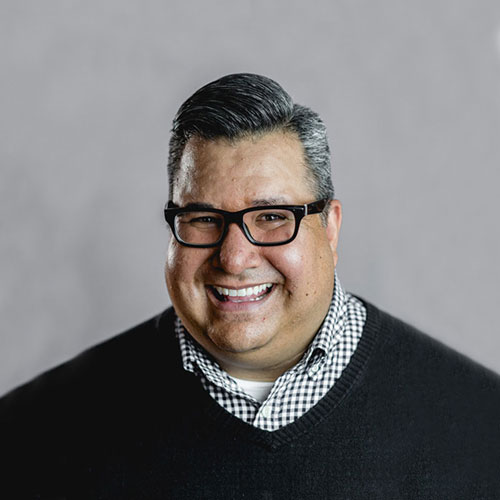 Trever at a very young age knew that design was his passion. Now, 17 years in the event industry, he turned his passion into art. Trever continued to seek this passion by going to Adams State University and pursuing a degree in Advertising. At this point, he discovered his love for the various arts, from calligraphy, photography, and painting, to sculpture and visual two and three-dimensional design.

Currently, Trever designs using many mediums for various distinct types of outlets when it comes to full service wedding planning. He specializes in designing and creating innovative, stylish custom elements. Trever combines a variety of experiences to bring a metropolitan panache to design. He infuses high-energy and expertise to make each event he helps design to be one-of-a-kind. Trever has a broad spectrum of knowledge from branding a wedding, to invitations and paper goods. He is an amazing addition to the JoAnn Moore Weddings team of professionals. 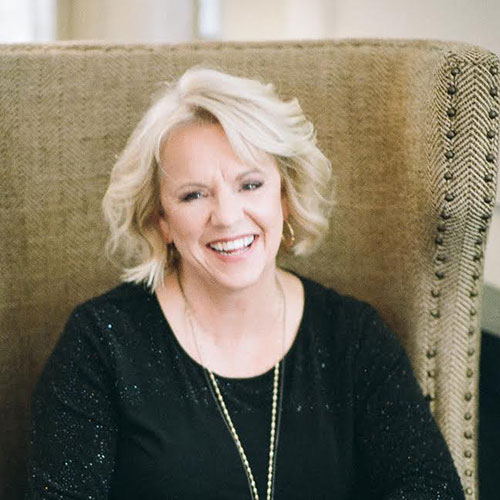 JoAnn Moore has a passion for helping couples plan their dream wedding celebration and has been described by her peers as a true wedding guru. JoAnn strives to bring a couples’ vision into reality in every wedding she plans, and her creativity abounds in any venue; from an elegant western ranch weddings, unique private home weddings, on top of a mountain with epic views, to the over the top luxury weddings that are inspirational, styled to perfection and breathtaking. JoAnn’s clients often express that their expectations were surpassed by JoAnn’s full service wedding planning skills – and guests often state that the wedding was the best they ever attended. These testimonials are manifest in the many industry awards JoAnn has obtained.

Over the years, JoAnn’s weddings have been featured in many periodicals including The Knot Wedding magazine, Bride’s Magazine, The Reign Magazine, Premier Bride Magazine to name just a few. Many of her weddings have appeared online including Martharstewartweddings.com and Stylemepretty.com. She is a frequent speaker at industry conferences including Wedding MBA, ABC annual conference, and The Special Event conference. Besides having been published in several magazines, and newspapers, she is the author of her recently published book titled “Laughing All the Way to the Altar.” JoAnn is a true expert in the wedding industry and has planned hundreds of successful wedding celebrations. She has been honored with The Knot’s Hall of Fame award, Wedding Wire’s Couple’s Choice Award, Rocky Mountain Wedding Magazine “Wedding Planner of the Year” and Vail and Beaver Creek Resorts “Iconic Wedding Planner.”

JoAnn Moore Weddings has an extensive network of vendor and event professionals. These relationships along with JoAnn’s talent for full service luxury wedding planning and design helps each client customize their wedding to fit their needs, style and budget, from trend-setting to exquisite. JoAnn likes to express her talent for creating beautiful weddings by saying, “my couples provide the romance and love, and I provide the splendor, joy and fun!” 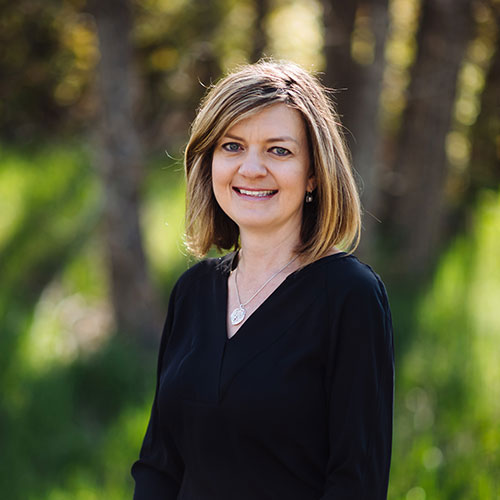 Mindy Marino brings a holistic sense of style and design to each wedding she works on. Before becoming JoAnn Moore’s Lead Wedding Planner, Mindy worked as an interior designer for the prestigious Slifer Designs in Edwards, Colorado and Home Reflections in South Fork, Colorado.

While Mindy earned her bachelor’s in interior design from Colorado State University, she dreamed of creating and designing events.

In 2007, she found the opportunity to pursue that dream by working at JoAnn Moore Weddings and Events as a full service wedding planner. She moved back to the Vail Valley and joined the team where she now works to make clients’ dreams a reality.

• She’s a member of the Association of Bridal Consultants and attends training conferences and classes regularly.

• Has been a valuable team member working with JoAnn Moore Weddings and Events since 2007.

• As a wedding consultant, Mindy will use her attention to detail, creativity and imagination to make every couples’ dream wedding a reality.

Schedule a time to chat